Schneider Weisse has picked up a number of awards at this year’s 2018 European Beer Star:

Our brewery has been awarded the Gold Medal for its TAPX Cuvée Barrique, in the unique category, “Wood and barrel aged sour beer". The jury was very impressed by the nutty-smoky character of this beer, with its slightly acidic overtones of berry. It is a nobly sour, bold product for the young German connoisseur market and already highly sought after on the international craft beer scene. Additionally our TAP6 Aventinus (Category: South German-Style Weizenbock Dunkel) and our Aventinus Eisbock (Category: Ultra Strong Beer) were both awarded bronze medals. Both of these Bock beers have been awarded gold, silver and bronze medals at previous European Beer Stars.

Brewery owner Georg VI. Schneider is delighted. “Every single award we receive is the recognition of a lot of hard work and passion. As well as our own abilities and the contribution of our master brewers I continue to always think back with gratitude on my great grandfather, who founded this brewery with his great passion for Weissbier (Wheat Beer). It is really a blessing for us to be independent and to be able to brew such special, distinctive beers and not be subject to any mainstream demands.”

The European Beer Star is one of the most important Beer Competitions in the world and took place for the 15th time in 2018. It concentrates on judging authentic, characterful beers of a very high quality. This year over 1400 beers were judged of which only 195 were awarded the much-coveted prizes. The beers are judged purely according to sensory criteria, familiar to every “normal” beer drinker: colour, aroma, froth and of course taste. The beers are tested in a blind tasting by a jury made up of master brewers, beer sommeliers and beer connoisseurs – the jury only knows what type of beer they are tasting, but not the brands. 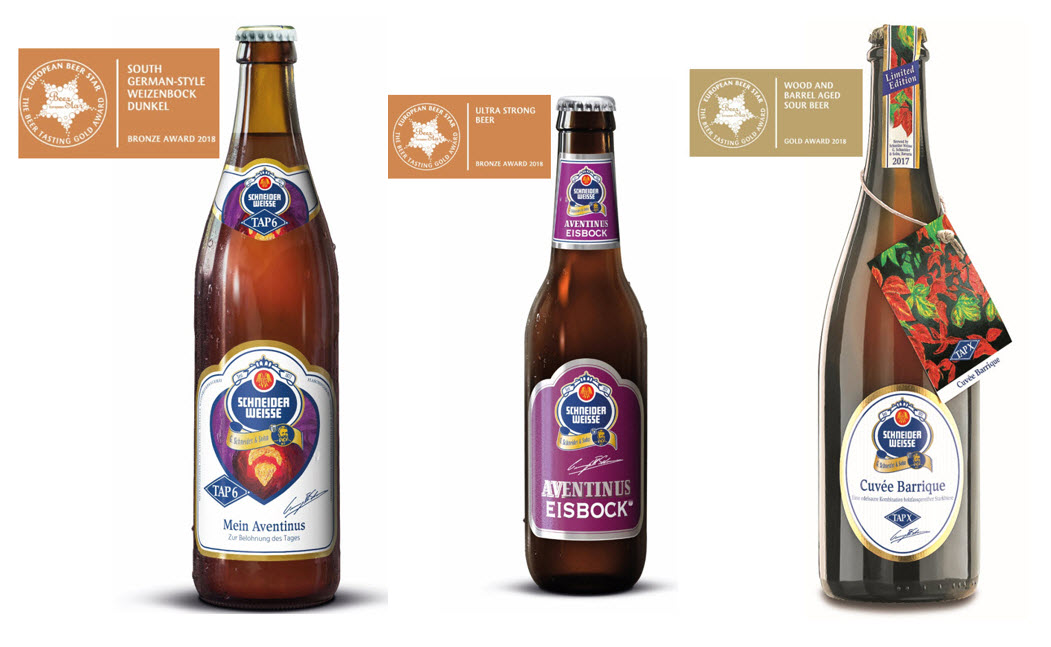